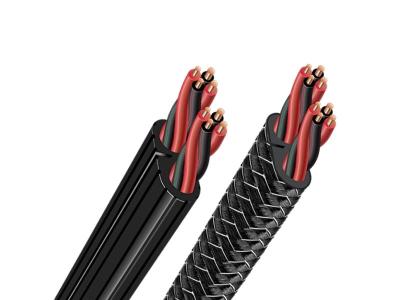 Rocket 44 speaker cables use a carefully finessed combination of Solid Perfect-Surface Copper (PSC) and Perfect-Surface Copper+ (PSC+). Its solid conductors elimante harshness and confusion due to strand interaction. The Double-Star Quad construction allows for significantly better dynamic contrast and information intelligibility than if the same conductors were run in parallel. Rocket 44 is an exceptional Single-BiWire cable and a maximum performance Double-BiWire in a single cable. Rocket 44 is controlled for correct directionality.